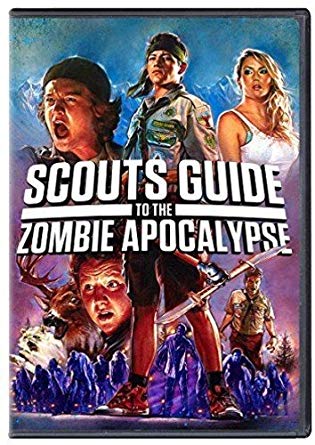 “Go ahead. Just don’t touch anything.” Peter takes advantage of the interruption to go out in the hall to the snack machine. The machine cranks, the snack pushes forward in its slot—and his Takis tip against the glass and get stuck in the machine.

I think we’ve all been there.

While the big brain struggles with the machine, trying to figure out how to make his purchase fall (again: all been there), Ron is alone. In the lab.

Mop forgotten, poking around, Ron offers Tic-Tacs to some of the lab animals, checks out a computer screen or two . . . and then finds the man. The man is curtained off from the rest of the lab, apparently unconscious on a gurney and hooked up to all kinds of monitoring equipment. He looks terrible, blue veins visible throughout his skin, and Ron picks up his wrist to read the medical bracelet encircling it: D.O.D.

“What kind of a name is Dod?” Ron wonders aloud—and the hand twitches in his grasp, startling the hell out of him. He leaps back, falls against some of that aforementioned medical equipment, and alarms sound. Lights flash, the EKG goes flatline, and Ron panics. He slaps buttons and pokes screens, activating previously dormant functions, trying to get everything back to normal, but just making it worse. When all that fails, good old Ron tries a little CPR, which works. Sort of.

The EKG doesn’t change, but the guy wakes up anyway. Hilarious combat ensues.

Cut to Peter, still in the hall with the snack machine, big brain apparently defeated. He hears a sound, turns—and a bloody and zombified Ron hits him like a stoned, hairy wrecking ball.

The zombie apocalypse has begun, and all in the pre-opening-credits teaser.

The real story is about Ben (Tye Sheridian), Carter (Logan Miller), and Augie (Joe Morgan), three scouts who happen to be out camping shortly after Janitor Ron mop-dances his way into corpse reanimation history. They return to a town where an evacuation has already happened, leaving behind only ravening undead townsfolk—and one very much alive, tough-as-nails cocktail waitress from the local, uh, gentlemen’s club, Denise (Sarah Dumont). The four realize that though the town has been evacuated, this was the night of the Senior Secret Party, and that their entire graduating class for that year is holed up somewhere where the adults wouldn’t have found them. Hidden like that, all those kids might be safe from the zombies in town—at least until they all come stumbling home in the wee hours of the morning—but then our heroes get word the military is planning on handling the undead outbreak by bombing the evacuated zone. With two hours before boom, the quartet have to rely on all their skills as scouts (and a tough-as-nail cocktail waitress)—and each other—to fight their way through a town filled with running hungry corpses, find the party, and save our future.

Because children are our future.

Okay, it’s me time: I thoroughly enjoyed this film.

I first saw the trailer for it back in 2015, previous to its release, and thought I have to watch this with my son! It looked funny, and he was a scout, so I figured that would make it even funnier. But he was also only 12 years old, and when I found out the film was rated R for a little nudity and sexual situations, I decided to forgo the discomfort of sitting beside him through those scenes and back-burnered the movie. (This little filter hasn’t always worked—remind me to tell you about sitting beside 13-year-old him in the theater through the sex montage in Deadpool [2016]. Totally cringe-worthy.) When I started seeing it show up in suggested for you streams and featured on Vudu and Tubi, I’d forgotten all about seeing the trailer in the theater and thought Well, this could be a real stinker. At most I expected it to be a spoof, nothing but a bunch of set scenes connected by very little besides the zombies—amusing in places, but sorely lacking in overall story.

Imagine my surprise. Scouts Guide is the story of three best friends hitting a rocky patch—splitting up, even—as Carter and Ben decide to quit scouts to move on to more adult things, like parties, girls, and keeping up with the “cool kids,” while Augie clings to the scouts forever motto they’ve all shared for more than a decade. But when the zompocalypse happens, they’re forced to pull together and discover they’re still friends despite their differences. With Denise, a former “cool kid,” around to occasionally dispense some hard-nosed wisdom, the boys discover that when the feces hits the whirling blades, they’re far more capable than the party hearty crowd, and much more ready to make the adult decisions than anyone they thought they looked up to.

It’s a comedy, a genre which tends to lend itself to a little overacting, especially with a cast of kids, but I saw none of that here. I did watch it with my son, now seventeen, the same age as the story’s heroes, and I kept looking sideways at him, imagining him in the same situations, acting the same way and saying the same things, and it always bore out. Some of the humor is crude, but hey, it’s a movie about kids and zombies. You were expecting posh refinement? I’m fifty, and I found it funny. My son is seventeen, and he found it funny.

The writing is good, pretty smart in places, and the effects are a little gory when they need to be and funny when they need to be. There’s an actual point to the story, and a through line, and character development, and—screw it: this film has everything I look for in a movie, plus watching it turned into a fun afternoon to hang out with my son, right in the middle of the age where spending time with his parents is the last thing he wants to do.

Note: I did learn from that Deadpool experience, and I actually pre-watched Scouts Guide before taking it to my kid. Thus I conveniently “went for snacks” from 1:12 to 1:15. On-screen boobs are one thing, but the sex, though not actually graphic, is obvious and, uh, Re-Animator (1985) style, if you know what I mean.

I peed and picked up some chips from the kitchen.

That note being said, if you’re looking for a good zombie comedy, I mean right up there around Zombieland (2009) level, Scouts Guide to the Apocalypse seriously deserves your attention.